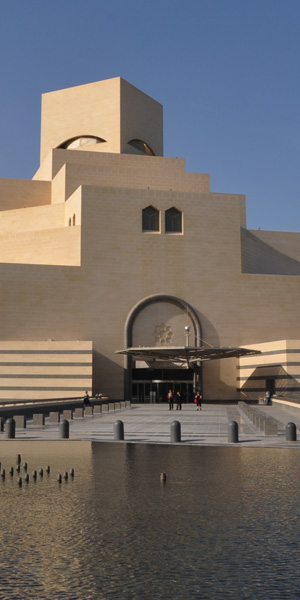 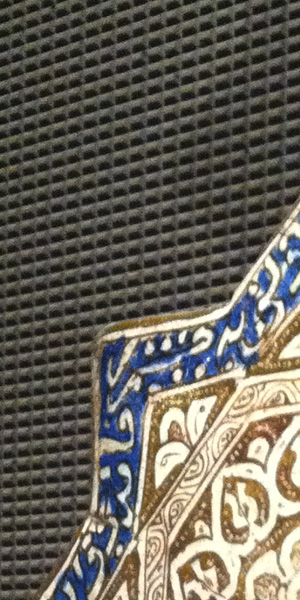 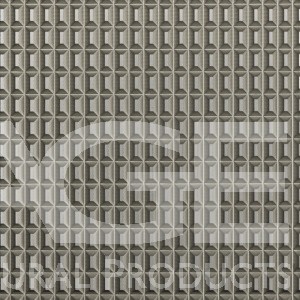 The Museum of Islamic art was designed by renowned architect I.M. Pei, and built on its own island in Doha Bay in the Arabian Gulf. The museum is the result of an Islamic architectural journey of discovery by Pei, at the age of 92. His final inspiration was from a 13th century mosque in Cairo, Egypt which offered an almost Cubist expression of geometric progression and evoked an abstract vision of the key design elements of Islamic architecture.

The galleries, encircling a five story domed atrium, showcase a collection of international masterpieces from Spain to India that spans more than 1,300 years. The romantic cultural icon for Doha, Qatar opened its doors in December of 2008 to guests passing through a long row of palm trees flanking reflecting pools.

As a backdrop for the antiquities, Wilmotte Associates specified a carved metal panel that incorporated one of the design elements used in the facility. The difficulty was the specified material did not exist other than in the creative mind of the Architect.

Consequently, when the specification hit the street, a worldwide search was on for a manufacturer who could produce this material. When the Gage agent in the UAE became aware of the specification, he brought it to the attention of Gage Architectural Products.

Gage is known for creative problem solving and has accepted challenges for custom designs and new product development since its inception in 1988.

Although it took ingenuity, time, and persistence to meet the demanding requirements set forth by Wilmotte Associates, the Gage product submittal was ultimately selected for the Project. Gage produced the material on time and on budget and is proud to grace the walls of this prestigious museum for visitors throughout time.

After the project was successfully completed, it was only logical that this concept would be the inception for a new product line. In 2007 GageCarve was launched. The inaugural design was named C1000 Museum in honor of the original design created for the Museum of Islamic Art.

GageCarve has evolved into eighteen standard designs and fourteen finishes. Custom designs are also available on request and subject to the parameters of our manufacturing process.

GageCarve has been specified by many of the world’s foremost architectural and design firms in a wide variety of interior and exterior applications including embassies, banks, universities, restaurants, hotels, airlines, sports arenas, and cruise ships.